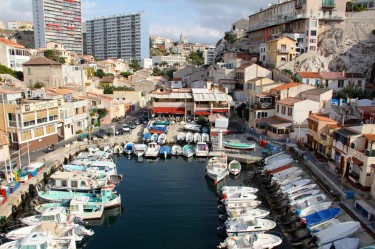 MaPP initiative partners attended two international conferences in October to learn from peers in the global marine planning community and to share some of the ground-breaking work underway in the MaPP initiative.

MaPP representatives presented at the International Marine Protected Area Congress 3 (IMPAC3) in Marseille, France in October 2013. The IMPAC meets every four years and brings together marine stakeholders from around the globe to assist in the conservation and sustainable development of the world’s oceans.

The MaPP team members also took part in a session to discuss ocean zoning and the initiative’s ecosystem-based management (EBM) approach where they learned about challenges and lessons from other regions around the world. Short says, “Many countries are struggling with similar issues around governance, science, and stakeholder and public participation.”

Short and Diggon also met with experts and leaders who, like the MaPP team members, consider the ecological, social, cultural and economic aspects of marine protection.

“MaPP seems to be on the leading edge of marine spatial planning and MPA identification,” says Short. “There was a lot of interest in the MaPP process and the techniques we are using.”

PICES is an intergovernmental scientific organization, formed in 1992, to promote and coordinate marine research in the North Pacific and adjacent seas. At the annual conference, scientists, managers and policy makers met to discuss recent advances in oceanography, fisheries, and marine mammal and bird populations, as well as management topics such as indicators, pollutants and communication.

The MaPP representatives presented an overview of the planning process. They also described the methods being used to develop ecosystem-based management (EBM) indicators in a collaborative project with West Coast Aquatics and Andrew Day of Uuma Consulting Ltd.  The EBM indicator work is important for implementing MaPP marine plans, monitoring progress and achieving plan objectives.

Science coordinator Jo Smith says, “Developing indicators is a hot topic right now. MaPP is part of this larger global effort to assess and monitor the state of the oceans and develop indicators for human well-being in coastal and marine areas.” The conference was an opportunity for the MaPP initiative to discuss its EBM indicator development with colleagues working on similar projects in different geographies.

Smith says, “The MaPP EBM indicator work is leading the way by simultaneously developing ecological and human well-being indicators for B.C.” At the same time, she says that the MaPP initiative is learning from quantitative research on high-level indicators and ecological risk assessment models done in Alaska, Puget Sound, Georgia Strait and the California Current Ecosystem.