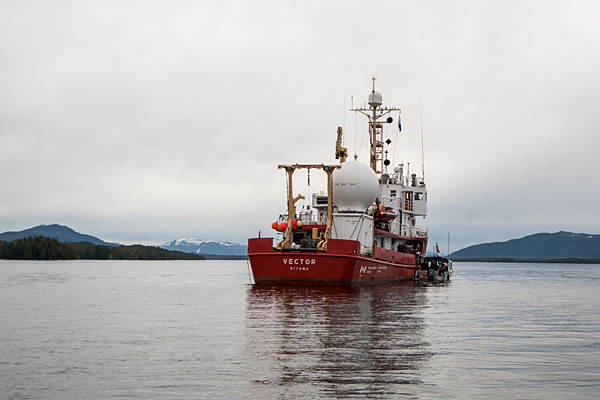 The fjords of B.C.’s Central Coast are home to an astounding abundance of marine life including fragile deep-sea corals and sponges and the rockfish they provide habitat for. While First Nations Elders have long spoken of this profusion of life, traditional Indigenous knowledge is now backed up by scientific data gathered during an expedition aboard the Canadian Coast Guard research vessel Vector. Scientists visited Kynoch Inlet, Seaforth Channel and Fitz Hugh Sound in March 2018 as part of a collaborative survey between Fisheries and Oceans Canada (DFO), Oceana Canada, Ocean Networks Canada, the Central Coast Indigenous Resource Alliance (CCIRA), and the Heiltsuk and Kitasoo/Xais’Xais First Nations. The Marine Plan Partnership’s (MaPP) Central Coast Marine Plan includes objectives and strategies for identifying and closing information gaps – and there is much to learn about marine life far below the water’s surface.

“The plan was essential to our expedition,” said Oceana Canada’s Science Director Dr. Robert Rangeley. “We were building on existing knowledge and we referred to the Central Coast Marine Plan frequently. There was a lot of back and forth between the partners about where to explore and the Central Coast marine plan was used in those discussions.”

The expedition used a camera capable of filming at depths of more than 2,000 metres—much deeper than previous studies had access to. 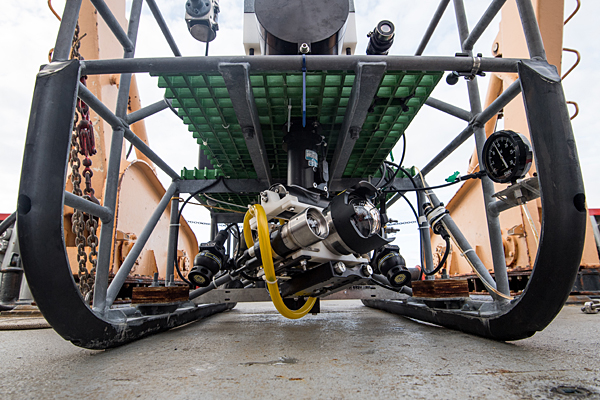 “We were able to find high densities of vulnerable species such as corals and sponges in habitats never explored,” said DFO’s Program Head for Deep Sea Ecology, Tammy Norgard. “We’ll be using these findings to refine our modelling to determine locations for these species.” 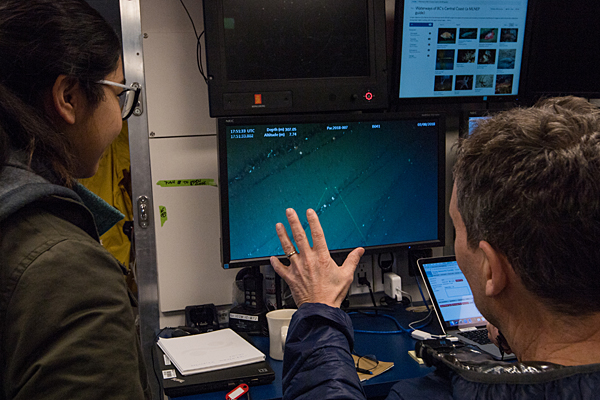 Robert Rangeley, Oceana Canada’s science director, and a youth from Klemtu talk about what they are seeing on the seafloor, streamed to the boat live from the submersible drop-camera. Photo credit: Oceana Canada/Evermaven

Marine Planning Co-ordinator for the Kitasoo/Xai’Xais Nation Barry Edgar acted as the community liaison in Klemtu. “People were fascinated to watch the live video feed and surprised to see all the life at those depths,” he said. “It confirmed a lot of knowledge that has been passed down and we also learned a lot. It was great to have this happen in our community.”

“Before this expedition, the deepest we’d been able to do video work was 200 metres,” added CCIRA Field Technician Tristan Blaine. “Our Elders have talked about these areas, but there was no scientific knowledge. The data we’ve collected has changed the way we see these fjords and provides vital information needed for protecting them.” 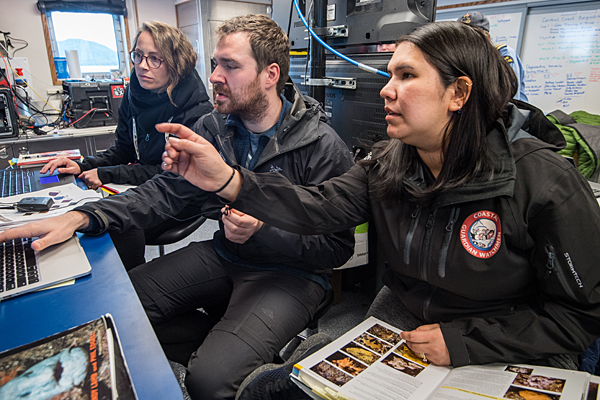 “The information collected will feed directly into the process of planning a network of marine protected areas in the Northern Shelf Bioregion, with a goal of protecting high value areas including unique habitats and species,” said Sally Cargill, a marine planning specialist with the provincial government and Central Coast co-lead for MaPP. “Deep sea corals and sponges were found within protection management zones. The new information also provides further rationale for MaPP’s protection management zones and may inform future management direction in those areas.”

All the partners were enthusiastic about the expedition’s community engagement component that was led by Maia Hoeberechts with Ocean Networks Canada.

“Ocean Networks Canada supplied the satellite dome and transmitted the underwater video feed to communities along the Central Coast and elsewhere,” said Maia. “This was broadcast to the schools in Bella Bella and Klemtu. We also made sure community members from youth to Elders had an opportunity to visit the research vessel and take part in the expedition. Our goal was to help provide data that helps communities, governments and industry to make informed decisions about our future.” 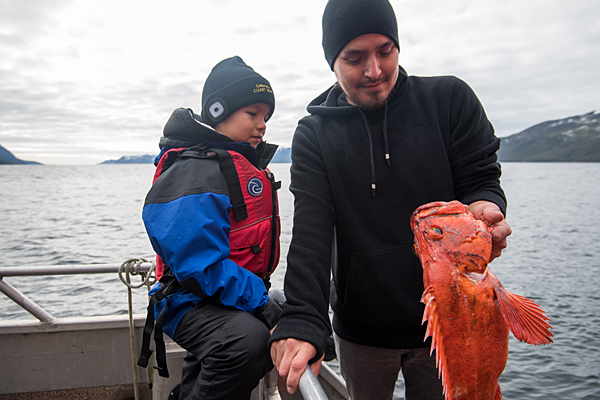 As part of the expedition’s community engagement initiatives, First Nations youth were welcomed aboard the Vector. Here Brock and Vernon examine a rockfish that lives in the region’s depths. Photo credit: Oceana Canada/Evermaven 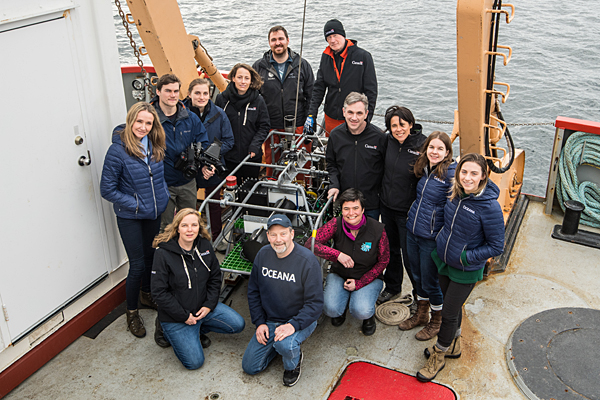