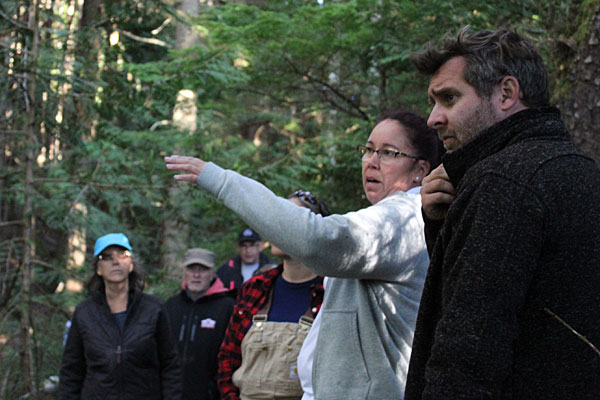 For two decades, Tlowitsis band member Gina Thomas has been combing the coast and forests of her nation’s vast territory on North Vancouver Island in search of cultural sites that mark her people’s rich heritage. One of her more recent finds triggered feelings of both excitement and frustration.

A cliff dwelling was discovered in Tlowitsis ancestral lands. Heavily protected on all sides by a deep trench, a rushing creek and raised earthen beds or ‘berms’, her ancestors had lived out of harm’s way high on tiers in the rock face.

“For me, personally, I would love to put a timeframe to sites like this…to understand how our people lived, their movement and the time period,” explains Thomas, a Tlowitsis Guardian since 2015. “When we put up signs to protect cultural sites like this, we say we’ve been in the area for thousands of years. But we don’t have an exact date and that’s frustrating for me.”

Also frustrating for Thomas, and others who live and work in the North Vancouver Island Marine Plan Partnership (MaPP) sub-region, are the threats posed to these sites by human and environmental impacts.

“Back in 2001, during the land planning process, we found cultural sites were being disturbed, as the Elders had described,” says Scott Harris, resource planner for the Nanwakolas Council, which includes the Da’naxda’xw/Awaetlatla, K’ómoks, Kwiakah, Mamalilikulla, Tlowitsis, and Wei Wai Kum First Nations. “A decade later, when I began working on marine planning in the region, I was shocked to learn it was still happening.”

The protection of cultural, archaeological and heritage sites is a high priority for Nanwakolas member First Nations, as set out in their “Ha-ma-yas marine plan” for the MaPP region of North Vancouver Island. In 2016, the Nanwakolas Council began a significant two-year study through MaPP to define, identify, verify, and highlight potential protection measures for the rich, cultural and heritage resources within the members’ traditional territories.

As a first step, the existing literature was surveyed to find out what had been documented for more than 2,600 cultural sites in Nanwakolas member territories, many of which are formally registered in the Province of B.C.’s database. “This part of the Northwest coast is known ethnographically around the world – yet we know next to nothing about it archaeologically. Much of the initial research was done 50 to 60 years ago and no one’s really followed up since,” explains Dr. Sean P. Connaughton, an archaeologist with Inlailawatash, a Tsleil-Waututh-owned heritage firm that co-led the study. Inlailawatash submitted comprehensive reports for the study that would include a cultural and heritage assessment, a cultural heritage field program, as well as a vulnerability and sensitivity assessment. 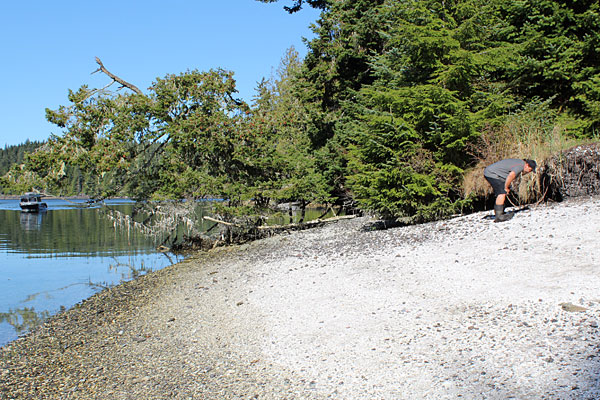 In the summer of 2016, Connaughton, guardians, and other First Nation representatives took to the field to verify the accuracy of the literature. What they found did not match up. “Most of the registered sites were not recorded accurately, and the size and significance of the sites in the recorded documentation were also inaccurate,” Connaughton reports.

First Nations need accurate site measurements and other data to better protect cultural sites and to explore cultural tourism opportunities, explains Thomas, who took part in the field survey. “It allows us to advise where development can happen and to inform local kayak operators and tourists where they may or may not visit.”

What they found was alarming. Cedar burial boxes were smashed open, burial blankets removed, and bones or skulls placed disrespectfully. In an ancestral village, kayakers had set up camp in ancient house depressions on white shell middens – important sites where First Nations lived and often interred their dead. A culturally significant pictograph was found at risk due to weathering. Fish weirs, clam gardens and canoe skids were exposed to impacts from climate change and marine-based activities.

Protection of these sites is important for many reasons; of particular significance, is the way in which they connect current generations more deeply to the past with their ancestors. “I can’t stress enough how personally we take it when we find a burial cave ransacked,” says Thomas. “I believe that most people would feel as we do, if they found their ancestors’ resting places disturbed or damaged.”

Recommendations for site protection were made at a joint meeting of Guardian and Stewardship program representatives and the B.C. Ministry of Forests, Lands, Natural Resource Operations and Rural Development (FLNRORD) on Harbledown Island in October 2017.

Education in the form of site signage and community outreach, as well as on-the-water monitoring by guardians are included in a three-tiered strategy developed by the MaPP plan partners – Nanwakolas and the Province of B.C. – to protect and manage these cultural sites. Connaughton points to the daily conversations guardians have with people on the water about their ancestral places. “As knowledge holders, education is one of the biggest tools the Nations have.”

“Education is working,” Thomas agrees. “People want a story. That’s why they come and visit.”

Due to the number and density of First Nations cultural and archaeological sites, the strategy also calls an area-based management approach – to offer long-term efficiency over individual site-by-site protection. Discussion is underway with the Province and Nanwakolas on development of a pilot project to test the strategy in a high traffic area of the Broughton Archipelago. This would include strong participation by First Nations guardians on the water.

“As a First Nations people, we want to protect our archaeological sites. The status quo used to be that we were left out – I’m really excited that times are changing,” says Thomas.

Harris says it’s encouraging to see First Nations and the Province work together on cultural issues important to the communities. “MaPP has been a great step in helping get this work done.” 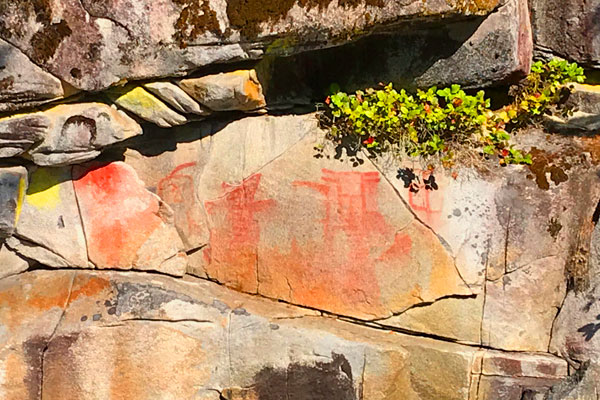