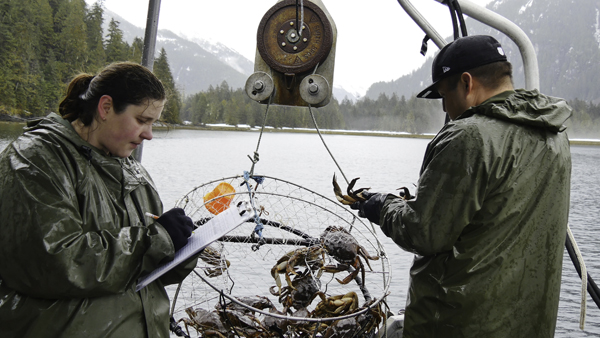 For many years, guardian watchmen have been stewards for the Heiltsuk, Kitasoo/Xai’xais, Wuikinuxv, and Nuxalk Nations on the Central Coast. And for the past five years, each Nation’s program has been able to accomplish more thanks to MaPP, which funds two positions in each Nation with a specific focus on monitoring key ecosystem-based management (EBM) indicators. Guardians are now collecting data in places and on a scale that no other agency does, and the impacts are changing the way species are managed and biodiversity is protected.

“Funding from MaPP has opened up a whole new set of work and grown our capacity,” says Diana Chan, who works with the Heiltsuk Nation. “These guardians monitor EBM indicators including kelp and Dungeness crab. We’re using the Dungeness crab surveys to inform our collaborative management discussions with Fisheries and Oceans Canada (DFO).”

“Our program is more robust because of MaPP funding,” agrees the Kitasoo/Xai’xais Nation’s Evan Loveless. “It takes time to build capacity and there are ongoing challenges of working in remote communities. But our partnership with MaPP means we have data from across the region that we can use for more strategic management. We’re planning better and we’re moving towards improved stewardship over our marine environment.”

The Central Coast Indigenous Resource Alliance (CCIRA) supports the regional stewardship efforts of guardian watchmen programs within the four Central Coast Nations, and these programs are in turn part of broader regional network supported by the Coastal Stewardship Network. Tristan Blaine trains the MaPP-funded watchmen on how to collect data that informs ecosystem-based management.

“Having everyone collect data the same way means we have uniform information that can be used to make valid comparisons and communicate coast-wide trends,” he says. “This gives the data more power to be used for resource management decisions. And the watchmen are starting to appreciate the importance of their work; I’ve noticed a real shift in their sense of ownership of the territory and its resources.”

The data the watchmen collect are used to inform collaborative management with the provincial and federal governments. Kelp monitoring, for instance, is informing a MaPP regional kelp monitoring program. Observations of vessel traffic provide data for marine park management and use permits. Data collection assists with determining if forestry activities in the marine environment are in compliance with the conditions in the tenure agreement and Management Plan, and also helps identify hot zones for oil spills as well as for mitigation and response management. Ocean temperature and other oceanographic indicators are noted, offering insights on climate change and impacts on critical near-shore habitats such as kelp and eelgrass. Data gathering has also proved vital in protecting sacred cultural sites and good sources of food such as Pyropia (edible seaweed).

The Dungeness crab survey is one of the longest-running projects on the Central Coast. Alejandro Frid is CCIRA’s science co-ordinator and, in collaboration with Madeleine McGreer, analyzes the data watchmen collect.

“The data are being used to monitor EBM Indicators and to see if MaPP’s protection management zones are helping with conservation as well as defining where commercial and recreational fisheries are having an impact,” says Alejandro. “The Dungeness crab data were used extensively by our joint technical working group with DFO and resulted in closures to commercial fisheries intended to restore and preserve First Nations’ access to traditional foods. That’s been the most impactful study so far but we’re also on the way to applying the data collected in other areas.”

MaPP funding has also helped build bridges between the Nations and provincial agencies.

“MaPP has helped us build relationships with the Nations and we’ve gained a better understanding of the guardian watchmen programs, their concerns and focus,” says Natural Resources Officer Denise Blid. “We now have regular meetings and have worked together on a number of occasions. It’s a priority for our agency to continue to work together to strengthen these partnerships.”

Momentum is also building between watchmen and BC Parks’ officials. Peter Woods is the agency’s area supervisor on the Central Coast.

“The guardian watchmen attended ranger training in 2018 and 2019 and we held a joint workshop last year that was a great success in building trust and followed that up with another in 2019 that has helped us forge an even stronger relationship,” says Woods. “We discussed joint patrol opportunities as well as future projects; collaboration has increased substantially between BC Parks and the four Central Coast Nations. That will result in strong protection and stewardship of our resources.”

“Every year, we can point to more tangible outcomes thanks to the MaPP-funded guardians,” says CCIRA’s program director, Aaron Heidt. “The programs are gaining capacity and professionalism. There’s growing awareness with provincial agencies and that’s leading to better co-ordination and improved working relationships. Over the long-term, I see these watchmen as playing a key role in who we go to for scientific data on the Central Coast and as the face of MaPP implementation as well as marine conservation and management.” 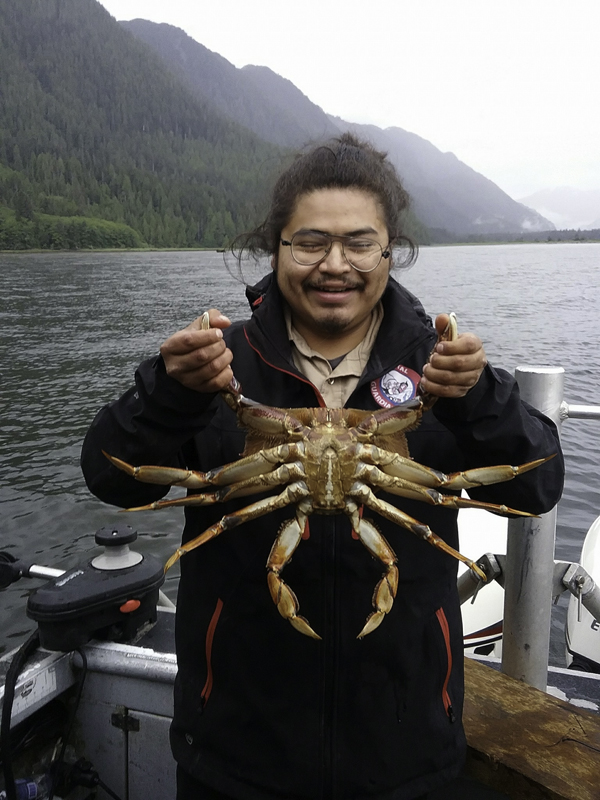